“Microstate effects suggest that even during rest, the PoNS® may elicit functional changes in the brain that are associated with evidence of increased neuroplasticity-related improvements.

Neuromodulation, such as through the PoNS®, has been linked to improved functional outcome in brain injury and disease, but the underlying neural mechanisms remain elusive. We report the initial findings of EEG changes in resting brain activity after a single 20-min session of PoNS®. While both HF and LF PoNS® dosage levels produced significant changes in alpha and theta wave activity, HF stimulation showed differential dosage effects. HF PoNS® also significantly increased attentional microstates suggesting a possible functional mechanism associated with evidence of neuroplasticity improvements. Overall, these findings support continued characterization of the underlying neural mechanisms related to the use of neuromodulation to drive recovery of function through neuroplasticity.”

a Comparison of alpha EEG power before and after PoNS®, displaying statistically significant main effect of time; (b) Order by time interaction effect on alpha and theta power and Tukey pairwise post-hoc test statistical tests demonstrating a statistically significant increase alpha and theta power when exposed to HF stimulation in the first session; (c) Time-frequency spectral power for each exposure group (HF First and LF First) during each testing session: 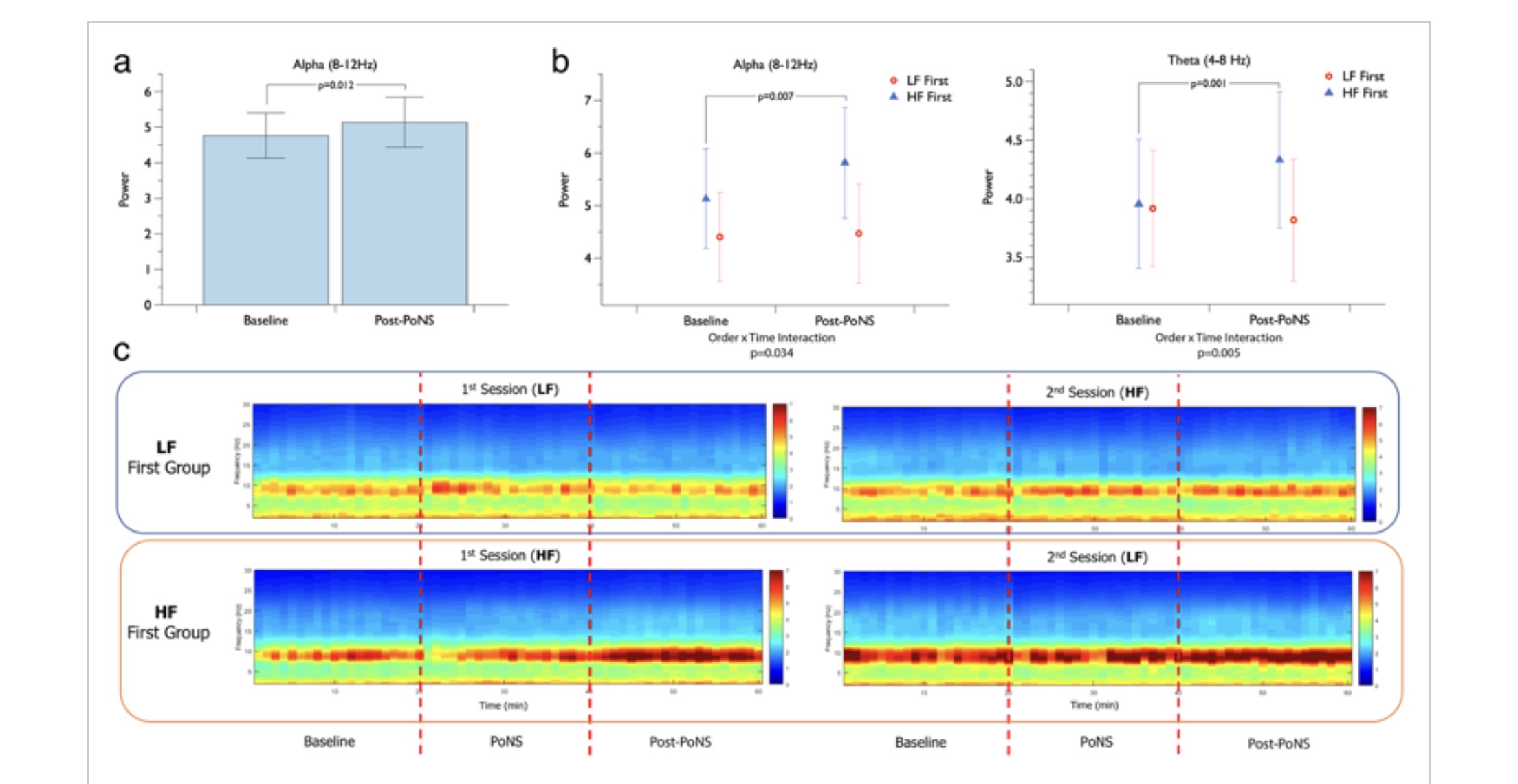