PoNS and CP was studed in Russia :

Officially was published only this yet: 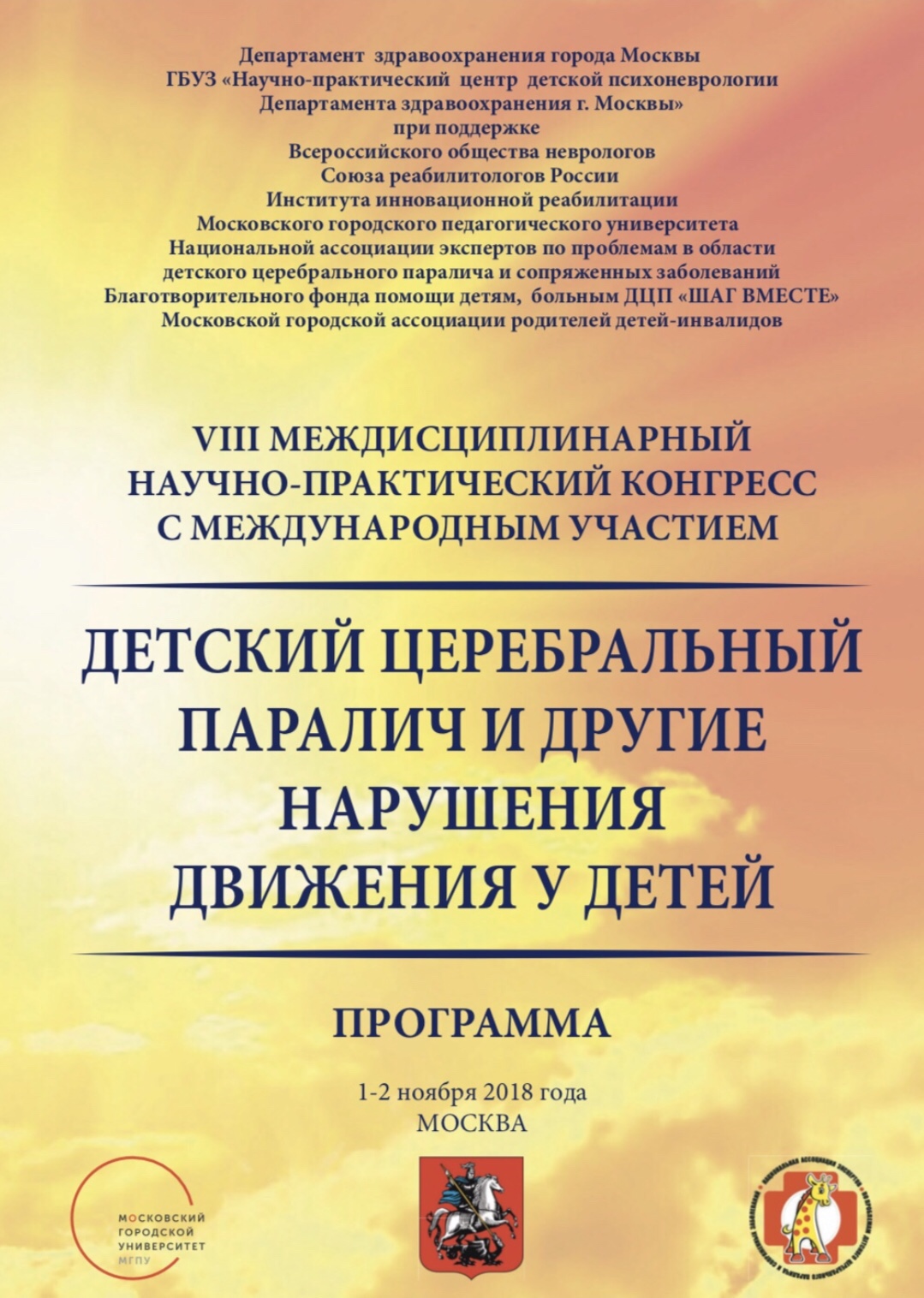 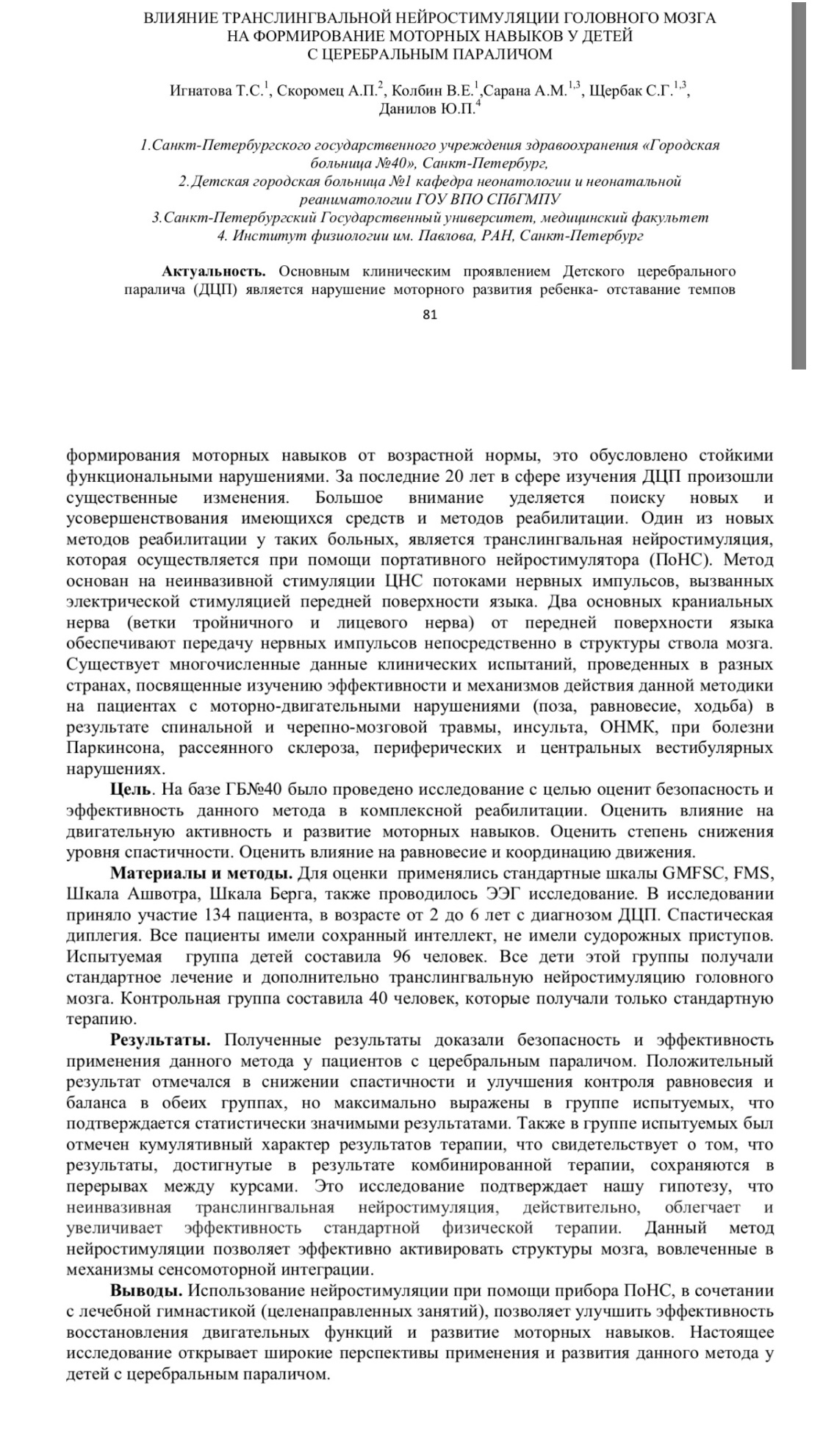 If you want to see more -what I posted before read my this article: http://brain-injury-hope.com/category/pons-and-device-to-help-cranial-nerve-non-invasive-neuromodulation-cn-ninm/

But not officially we can find more ( if we can read in Russian 😉 and here link:

Ok this is not yet “official” publication from St Petersbourg where they did CP study for PoNS was done. According to the thesis the situation was not very good ( because author used datas of this study without permission).

Daineko Vadim, is not a doctor, during the practice an instructor without permission of the copyright holders he used the data for his scientific thesis.

Brainport is mentioned in his thesis because from the very beginning they started working with him, and then switched to PoNS. This is a typical mistake in Russia to confuse these devices; but on photos you can see they used PoNS for study. ( old version of PoNS)

But of cause I can’t guarantee that in this thesis will be not others “mistakes” as at any case it’s not official publication yet of this Russian Cp study with PoNS.

So this is not yet officially published data for this study.

So it’s comparison of 2 groups:

2) VTR group : and the VTR program with the use of high-tech rehabilitation tools (so they also had exercise therapy, physiotherapy, hydrokinesiotherapy, therapeutic massage)= all “standard therapies” but intensive for CP and plus High -technology: Lokomat, Armeo, PoNS)

The obtained therapeutic effect is connected with the application of a complex of high-tech means of neurorehabilitation, providing stimulation of motor centers of the brain and contributing to the more intensive development of compensatory mechanisms.

The final step was a comparison of the therapeutic effects according to the classification scale of movement.

In both groups, the baseline values before treatment improved significantly after the rehabilitation course, but a more pronounced therapeutic effect occurred in the high-tech treatment group.

On the basis of their own observations, children undergoing high-tech treatment were more confident in traveling long distances, climbing independently after falls, overcoming obstacles.

This rehabilitative effect is obviously related to more deep impact of modern high-tech devices on the motor centers of the brain, skeletal muscles and proprioreceptors.

The results of comparing the therapeutic effects of TP and VTR showed that both treatments in children with cerebral palsy have a positive effect on motor function, muscle tone, and balance.

However, VTR has a more pronounced therapeutic effect, especially on the maintenance of vertical position, independent walking and fine motor skills of hands.

and the VTR program with the use of high-tech rehabilitation tools (same as TR + Lokomat, Armeo, PoNS)

But in VTR group they had significantly bigger effects in improving balance and walking, reducing spasticity of the upper and lower extremities.

The achieved rehabilitation effects are preserved for six months with continued rehabilitation on an outpatient basis in the variants of individual exercises, hippotherapy and Nordic walking.

The rehabilitation program with the use of high-tech tools (VTR) in comparison with the traditional program of rehabilitation of children with cerebral palsy, has significant advantages in rehabilitation effects that increase the child’s physical activity, as measured by the Berg scale (balance), Ashworth scales for upper and lower extremities (spasticity) , GMFCS scale (motor functions) and classification scale of movement.